Hubby and I have always talked about one of us staying home. Taking care of all the errands, doing projects in the house, and so on. It seemed logical that if it became possible, that we would do it.


And in our house, even without kids, there will always be stuff to do. After all, we did buy the dump in the nice neighborhood. You know the one. It looked like it probably should have been torn down. But we moved in. Gutted it. Repaired the frame damage. Brought the electrical and plumbing up to code. But we started to run out of money and time since we only had 6wks till we had to move in and the problems were far worse than anyone could have known. 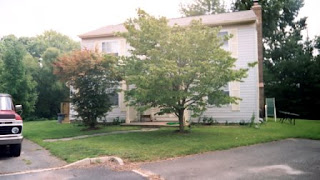 Meaning some of the less urgent things have had to wait and things we really wanted to replace had to be recycled. We've been doing them slowly, but with someone home? It'd be much faster. The jobs we planned to do ourselves, like renovate Sasha's bathroom would be relatively simple. We already have the fixtures. We just need to put them in. But others like fixing the roof and replacing the insulation? Well, someone could be home for "the guy".


And now with Sasha, well there's even more that needs to be done. And we could handle both if he continued to once or twice a week go to a sitters. Either his Grandma, or a daycare...

And we did crunch all the numbers. And we can probably do it in another year. I'll have finished school and been working in the field since before I started the classes. According to the math, it made sense for me to be the breadwinner. Hubby always said he liked being home, working on his projects, and seemed to love spending all day with kids (his neices and nephew) so it seemed a perfect match. Later when the kids were in school all day, Hubby could go back to working full time because his schedule would the same as theirs...if he wanted to. If not, we could keep things as they were. 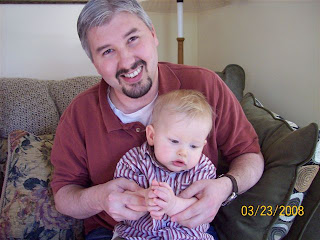 Such was the plan, anyway. It appears he's better with older kids. Babies overwhelm him. He can't just give Sasha a coloring book and say "sit here, Daddy has to do chores". Sasha still needs to be watched every single second--unless he's sleeping.

We've also had a constant problem of him not putting stuff away. It was annoying when it was just us. It became an issue when we got the Hound as a puppy. Then with KerryGirl's health problems and countersurfing ways, it became even a bigger issue. Now we are about to have a toddler. And he still tells me how he'll try harder to pick up after himself. But I know better. If he won't pickup his shoes or electronics to keep the Hound from destroying them. If he won't put away the tortilla chips to keep Kerrygirl out of them so she doesn't hemorrage everywhere. And since nothings changed now that we have a mobile, about-to-be-toddler around I don't expect it to. And so, the SAHD plan is out.


And boy, do I need to start wearing makeup and styling my hair. I guess I'm too old now for the
"Natural Look". I just look bedraggled. 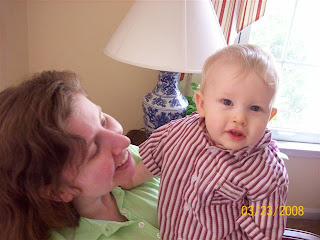 Ahhh. That all makes sense. Too bad the SAHD isn't going to work out!

I think you look good! That's a great pic! And Sasha is gorgeous as always!

We actually considered the SAHD route as well, but I nixed it for the same reason you have. Mr. Husband can't remember to put a bottle of allergy pills where the Toddler can't reach him so there is no way he's quitting his job and hanging out with her all the time. No way!

My husband says he'd like to stay home with Boog but I don't believe him. He gets frazzled with one afternoon.