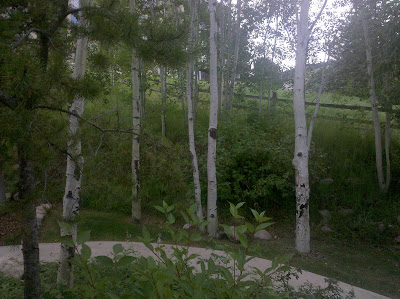 It’s been a rough and hectic few weeks.

I was constantly unsure if I was about to become unemployed (incessant 1-3 day extensions) and in the midst of it all a planned family vacation to Colorado.
I am exhausted from all of it. The stress, the travel, the lack of oxygen…
The vacation should be known as The One Where We Got 78,000 Photos of Sasha Climbing Rocks.
Garden of the Gods rocks.
Pikes Peak rocks.
Fishcreek Falls rocks.
Hot Springs rocks.
Rocks, rocks, and more rocks. Rocks of every shape, color, size and designation. So now we have extensive proof that preschoolers enjoy climbing and like rocks. As if that needed clarification. But he had fun, the rocks were free, and it does make for some beautiful photos.
Or it could be known as The One Where I Obsessed About Every Penny. During the trip, apparently our we won our jobs in a somewhat more permanent fashion. However, I didn’t find out till I was all happy about staying home today because I’m wiped and need the rest. But it’s good to know I continue to earn a paycheck, so I was still happy to come in. If I’d known it during vacation, we might have been able to have a bit more fun and eat a little nicer (peanut butter and jelly gets old, ya know?), however we did save a lot of money and so I suppose my worries did help our bank balance.
Perhaps we could also call it The One Where We Repeatedly Ran Into The Argument That Swimming Doesn’t Equal Bathing. Hubby is from a family of all boys. Wives did not come because they also had work quirks, but had elected to stay home where I figured I may as well go or else I’d just twiddle my thumbs. And this was a family vacation in the sense of EXTENDED family. Colorado has many bodies of water that are beautifully clean and clear, unlike here. I did not get icked out by the idea of jumping in for a swim myself and found it refreshing. However, there is no soap in the stream/waterfall/river/lake/springs. If anything, you may come out smelling worse (sulfer stinks). Men do not appear to understand this concept and BO in close quarters is not your friend.
Or it could be The One Where Kerrygirl Stayed Well. Granted, this was because she stayed with her vet. Who fed her the food we gave her and gave the dog a prophylaxis for her HGE that actually made sense. Xanax. When will other vets/kennels/dogsitters be clued in that Science Diet isn't the end all and be all of canine nutrition and antibiotics and heavy duty wormers are not the answer to all stomach issues? Medicine shouldn't be approched in a cookie-cutter fashion, since the world is not populated by clones with identical lives and experiances. Sometimes the odd and simple answer is the right one.
But mostly, I think it could be known as The One Where Sasha Decided Independence Was Good. He decided to get rid of the little seat for the potty. He fed himself. He decided to walk and hike with us (except the day he had bad blisters) without demanding to be carried or his stroller. He road amusement rides without us without crying. And he’s been really trying to get the #2 in the potty.
All in all, a pretty good time.
Posted by Becoming Mommy
Labels: Cleanliness, family, money, travel, workplace

Yeah for independence, rocks, and jobs! I hope you had a great time despite the money worries and BO.