When Sasha woke up from his nap yesterday, he was on fire. Turned out he had a fever of 102F.
A trip to the doctors shows another sinus infection. He seems to get one near the end of every teething bout, poor kid. It must be from the extra gunk the builds up from the irritation.
And further proof of the timing? Tooth #6 broke thru that afternoon too.
This is just going to make teething that much worse of a process.
The antibiotics have done an excellent job and he's nearly back to his old self this morning and the fever broke last night.
He's back to playing with his buddy today. Fascination du jour was the DVD player. The Hound knows how to work it and was showing Sasha how to jam things in the tray. 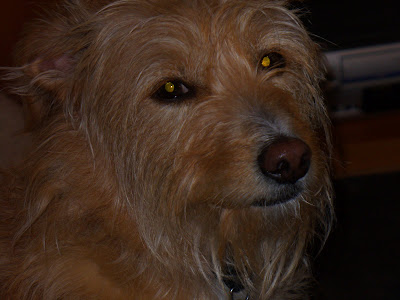 And Sasha was happily walking around with his pen. 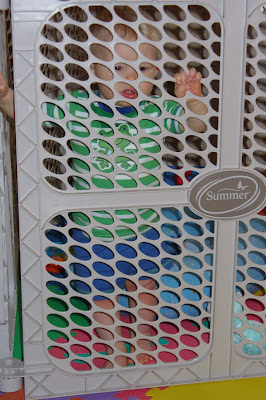 And everyone was able to have some nice naps finally, because there was no screaming today, like there was last night. 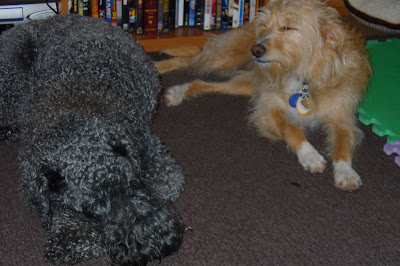 Which meant Kerry could get some peace from policing those two. 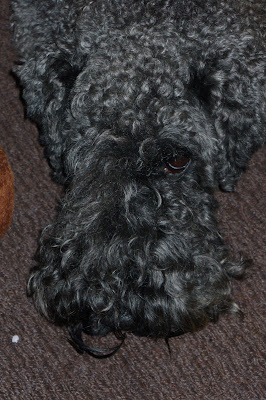 A few other noteworthy things happened. Sasha said "No" yesterday, several times, when I told him we were going to do something that typically makes him scream. Getting in the highchair, the carseat, putting on pants...all were met with a clear and LOUD "No". "No"-ing has continued today.
True toddlerhood is apparently not far off. (sigh)
A happier development has been that Sasha kisses me now. He's kissed everyone else in the world for months, but never me. It always made me kind of sad that he only ever seemed to bite me. No kisses. But many were given since yesterday.
I'm a happy Mommy now.
Posted by Becoming Mommy
Labels: Baby, Beasties news, Health

Kid kisses can make up for just about any transgression. Beware, they figure it out quickly.

I fell behind on my reading, but I did catch that daycare has been, um, interesting. It'll get better, but don't be surprised if Sasha suddenly decides to do things there that he won't do for you. Alexis is freakin' POTTY TRAINED at daycare, but has yet to use the potty for anything other than a leisurely place to sit at home. Darn kid.

So sorry about Sasha's being sick! The Pumpkin also had a temperature and has been sick. I didn't think that it might be a sinus infection. But the doctor didn't seem worried when I called, and now she's feeling better. Glad Sasha is as well, and glad his tooth came through!

Those pics are so cute!

And yeah for mommy kisses!