We went to a baby shower yesterday for a childhood friend of my husband.

All the guys went and played golf and all the women did the typical eating of delicate finger foods, playing of games, unwrapping of gifts, and enjoying of cake.

That is, if you were not there with a one year old.

The host is a very nice woman who no longer has toddlers. Therefore, there were many exciting and possibly death inducing items within easy reach as well as many things that would be less likely to injure Sasha, but would be very expensive to replace if he were to be allowed to be himself.

So I spent the entire time chasing him.


I chased him when he realized this house had dogs (the dishes were on the kitchen floor) and decided to search the house calling for them.

I chased him when he found piles of art supplies, board cames, and assorted small toddler unfriendly toys stashed around the house.

I chased him when he decided to play his favorite game, Percussionist, with his sippy cup on random glass items in their home.

I chased him when he realized that fruit and berries were being served and he tried to grab them off of everyones plate and pull the tablecloth to get them down off the table.

I chased him when he found that there were electronics on the floor in. every. Room.

And on and on it went. As for holding him on my lap, that wasn't much of an option. We played every game...humpty dumpty, peek-a-boo, patty cake, so big, throw the baby...until he couldn't take any more and was screaming "Dow!!!" and on the verge of total meltdown if he wasn't able to go and explore.

One little girl finally asked her Mommy what his problem was and why was he causing so much trouble. Her Mom, bless her heart, said, "He's just being One, sweetie. That's all." 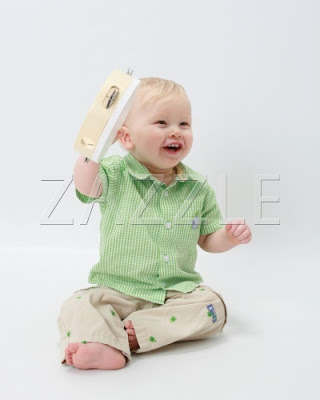 I'm so sorry. I know exactly what that's like. Micah, although 5, is still in that stage. It's been a loooong 5 years chasing him. You'd think I'd be thinner.

Wait, did I say this was such a fun age? I meant an exhausting age!!!

Thank goodness there was at least one understanding mom there. And I'm going to use that line from now on. She's just Being One. It's so true.