The beginning of summer break began well. Hubby appears to be enjoying his time at home with his son, although the frequent complaint that he can’t get anything done has been noted.

But now at least I can agree with him. Our little demonspawn (Sasha, of course) has somehow learned how to WALK UP AND DOWN THE STAIRS!!!!! And actually beat me last night going up there (he had my phone; I was chasing him; he was laughing).

Yet still will not walk on level floors for more then 3 or 4 steps without holding onto furniture.

I nearly had a coronary when I realized what he was doing and chased him down thinking he was going to fall and kill himself. Hubby just came in, saw my face and said, “Oh, so he did the stairs thing for you too? Yeah, this was how I spent my day.”

I’m guessing the crib isn’t going to last much longer, unless by some miracle he just never realizes that it’s built the exact same way as those gates. Thankfully, it’ll go to a junior bed pretty easy.

Hubby’s to-do list isn’t very large today. Among the few piddly things that aren’t under the topic Take Care Of Sasha, he needs to go back to Super Target and return a Garmin Nuvi that mysteriously appeared in my bags Sunday.

He’ll probably take a little time out to help our new neighbors. I’ve had many posts about that house and it’s evil inhabitants. But it apparently was foreclosed on and a fairly young couple—about our age—just bought it (it kills me, they paid less than we did for ours!!! And it’s in better shape. This housing situation really stinks.). They are professionals, have a kid on the way, and seem to be what the type we were hoping would move in. Kerry and the Hound were flipping out at them, and we just explained that it’s the history of the house…if we have them over just once they’ll be fine.

Actually, I’m glad we bought the house as craptastic as we did. It was only a difference of about $20K. I know people where it’s hundreds of thousands between what they spent and what the same floorplan in their neighborhood is now going for. Our upgrades might make that up if something were to happen and we had to sell our home. 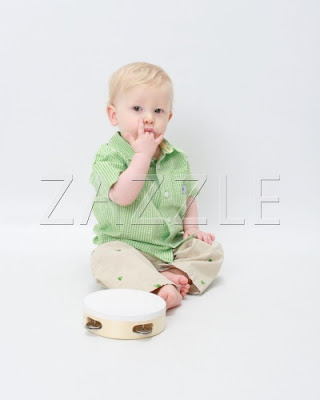 Wow. He's pretty incredible. Just don't let him show mine, because she would climb the gates if only she realized it was possible.

Funny how a Garmin just so happened to fall into your bags. Silly man thought he could get away with that?

(They are MUCH cheaper at Buy.com and Amazon.com, once he's out of the dog house.)

Wow, that really is incredible that he's climbing the gates. Both amazing and scary!

We, too, feel your pain with the housing market. I just wish we had bought a "craptastic" house as well. It was in pretty good condition with the exception of some really low-grade appliances and a seriously ugly kitchen floor (both of which we've upgraded). We can't sell our home because we'd have to pay WAY too much to leave. Definitely stinks.

Oh, Hubby wasn't with me when the Garmin appeared. I actually don't know how it got in with my stuff...especially since it didn't show on my bill.

He's not in the doghouse.