Watching the little one learn is fascinating, funny, and sometimes really tugs at my heart.

For his birthday he got a new book "That's Not My Dinosaur". And we've read it about 600 times already; he loves it.

But the new thing for him is to point at something, look at me, and say "Who?". Which has become his way to say, "what's the word for this?" And last night, he was pointing at each of the different dinosaurs, asking what they were.

Nothing is quite as pathetic as some poor baby trying to say "Tyrannosaurus Rex". 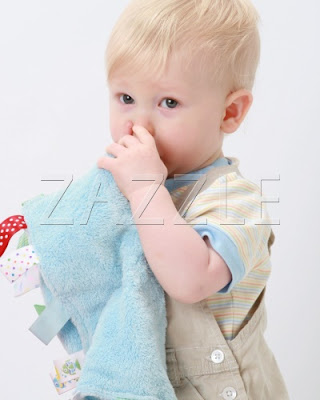 Another great pic of Sasha. And with his taggie!!!