It's been kind of an odd week.

Work has been insane, to a greater degree than normal.

Sasha has been acting like there's some serious teething going on, but other than his 2 year old (and later) molars...he should be done. And isn't it a bit early for those??? Oh please God tell me it's too early. The last set of molars were so very unpleasant I was enjoying our breif break from teething.

The bathroom is almost done, just a few minor adjustments and a paint job and we'll have more than one bathroom. Yay! And this one will be back to being outfitted so you can wash dogs. Double Yay!

We've been working on "fixing" the yard. Our planting beds have gotten a bit out of sorts, our bushes out of control, the bulbs all have needed digging up and splitting for YEARS, and now that we know what our limitations are with the dogs, I have some re-landscaping to do. So far, progress is slow but visible.

I've been preparing for Christmas.

I just received Sasha's Nativity Set in the mail. It's so adorable. I'd been looking for a toddler-friendly set and had been kind of..er..floored at how expensive all nativity sets are. Especially those made of resin or wood so that little hands can play with them. This one was so reasonable, if not exactly "beautiful", I just ordered it straight off. Plus, any kids we have can play with it to their hearts content without worries about breakage or swallowed peices.

I've also found a place where we can go cut our own tree (same place we went for pumpkins).

And started considering some traditions I'd like to do...

The use of some kind of wild animal as a Santa Spy who'd be able to watch on little children unnoticed from anywhere and report directly to Santa.

The Christmas tree for the Animals (ornaments made with popcorn, dried fruit, nuts and seeds) for the FRONT yard (it's not fair to "gift" the wildlife with a sure and painful death at the hands of our resident predators). We started one already this year and I think it's a sweet, simple idea.

Speaking of "The Predators" here's some photos: 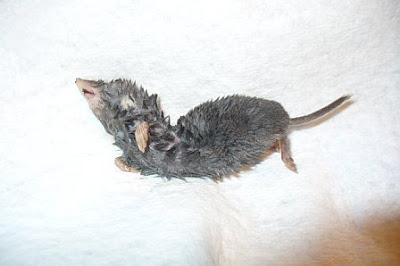 A gift, for our beloved Leader. 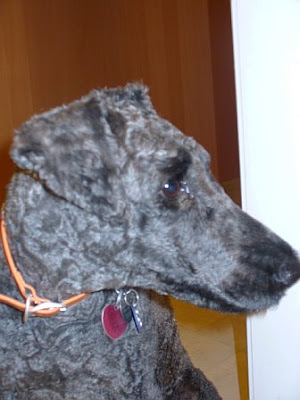 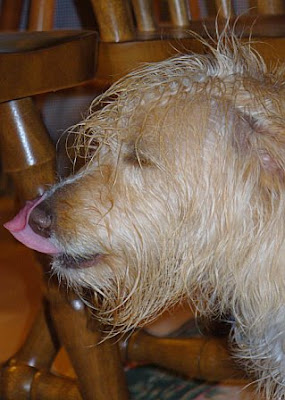 If she doesn't want it, seems tasty to me. 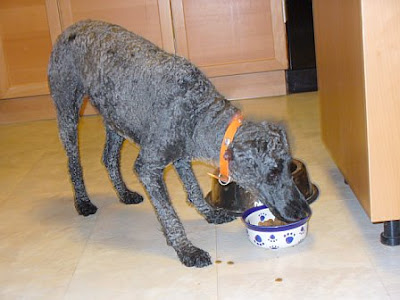 We had the same issues with the Pumpkin and seeming like she is teething but should be done with her teething. I just don't get it!

Nice nativity set! I've been looking for a nice one for years, but they really are so expensive.

Your dogs are beautiful!