That Filly Has Some Long Legs, Must Not be a Fjord 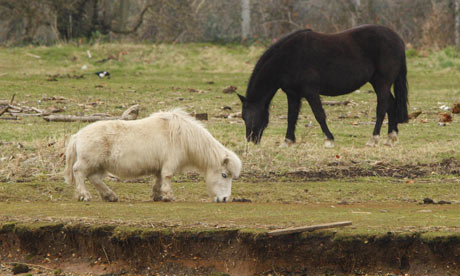 I seem to be meeting up with it overly often lately. Sometimes by people who admit they have no idea what they are talking about (so who knows why they chose THAT mount). Sometimes by people who think they know what they are talking about because of a story they heard about their neighbor's cousin's hairdresser's garbageman (and so they don't really know ANYTHING, but somehow feel they do). Sometimes they are a person who would be knowledgeable about their field, but have decided their personal opinion is actually a quantifiable fact (um, no...sorry, last I checked the Earth still revolved around the sun). And so on.

So much so recently, that my neck is getting stiff from trying to look so high.

Because of it, I've actually made a few decisions in my life:

1) I will never breed/show dogs.
I had been considering becoming a hobbyist in the fancy one day when my kids were older and we'd moved somewhere with more land (so I could have neighbors further away and couldn't gripe so much). I do love animals, dogs in particular, and think I could really do a good job. However, my outlook on the whole concept appears to be somewhat at odds with the reality of it. I am more interested in health and relevance than conformation. I think all dogs (regardless of breed or pedigree) are equally special. I think all people have equal importance. Because of this, I could see I’d be fighting endlessly with what may simply be a very vocal minority and don't think the aggravation would be worth it.

2) People who feel the first thing they need to tell you about themselves that they are “Christian” are usually (not always) anything but.
Not going more into this than to say I’m apparently going to hell. And if I had to be like them to get to heaven? I wouldn’t want any part of it.

3) Any argument that starts “I’m totally lost, but I really insist…” can be ignored.

4) If I ever start stating rumor as incontrovertible fact or start a argue that something *IS* (other than my own feelings) because that’s how *I* feel, someone please knock me over the head with a heavy object…my logic center has a lose wire.
Posted by Becoming Mommy
Labels: Nada mucho, Rant