Glad We Didn't Invite Any Narcs 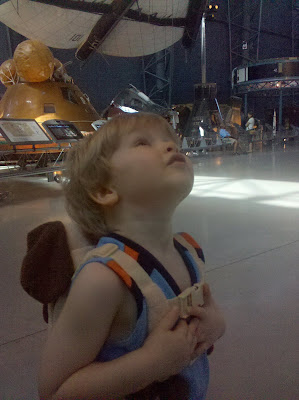 T’was a busy weekend wherein much was accomplished.
I found my parking transponder and Droid, or rather my husband did. They had been missing since Monday and were found where all missing items smaller than a dictionary are found. Buried in the backyard.
The fact my Droid powered back on with a charge is a testament to it’s sturdy construct.
Friday my brother did some cooking for us and took the dogs to the groomers (all that digging does do a number on one’s hairdo) for us. Saturday we spent cleaning. Saturday evening we held a little dinner at our house.
From the dinner, I came away with a few good Lessons Learned:
1. When your husband says some of the people he invited were vegetarians, make him tell you exactly how many and which ones. Because if it turns out to be “all of them” you will have severly overpurchased on the Italian sausage front.
2. I have happened upon the correct arrangement to keep the guests from being annoyed by the dogs, and the dogs from pining away themselves from being away from us. Put the Hound in a crate in the living room with an enormous raw, meaty bone at the arrival of the first guest. Place a pretty tablecloth over it so guests needn’t view the horror. Let her out and clean her up when it’s been very quiet from her crate a long while. She’ll have adjusted to the company and will be calm. Kerrygirl can be free as she behaves more normally.
3. I have also tested my arrangement to allow small children to play over without Sasha throwing a fit about sharing. Outside play. It was evening so the weather had cooled significantly. The hose, sandbox, a few grocery store balls, and a long roll of paper with crayons did the trick. I had put all his playsets in the living room upstairs just to reduce risk and only his kitchen and Gator Golf were available. We had ZERO problems.
4. See if there’s a way to not invite people who won’t eat and instead will spew diatribes against organic, whole grain, homemade, and unprocessed foods. That’s right. I said “against”. *
5. Dinner parties are evidently a wonderful time to dispose of excess produce growing in your yard. However, casually asking if anyone wants “to take home some herb” may not be very smart.


*this reminds me of something that happened back when I was a waitress. Some customers came in and asked if the steak sub was kosher. I, of course, said no. After all, no one in the kitchen was a Jew (observant or otherwise) so that would undo any Kosher seal any of the ingredients might have ever had and the sandwich had both cheese AND bacon. They said they were only interested in the meat and if the so-called “beef” was a Kosher. They wanted to make sure it wasn’t. I was confused. I asked them what they were looking for and what exactly they thought the word ‘kosher’ meant. Turns out they thought there was a livestock animal called a Kosher from which they made faux versions of other meats.
Posted by Becoming Mommy
Labels: family, food, friends, Gardening, Green, Humor, parties

Love your Lessons Learned, but especially love the bit about the Kosher beef! HA!